BRAHMOS: The most sophisticated cruise missile in the world 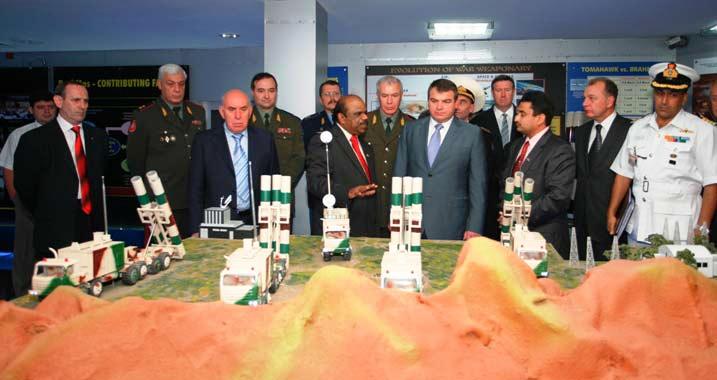 India-Russia relationship in field of defence technology is best highlighted in none other than The World's best supersonic cruise missile BRAHMOS. This shining example of friendship and cooperation between the two countries has yielded results above expectations.

On 29th of March this year the successful launch of the Block-II version of the BRAHMOS by the Indian army with significantly improved guidance software neutralising an insignificant designated target in a cluster of high radiating targets has proved once again that this marvel of technology has no match in the world. BRAHMOS is designed, developed, and produced jointly with Indian and Russian scientists and industries as a consortium under BrahMos Aerospace.

BrahMos Aerospace in its journey from 1998 - the year of its incorporation and getting the first contract for R&D in 1999 to design, develop, produce and market supersonic cruise missile has come a long way.

THE LISTS STARTS AT:

There are numerous firsts achieved by this JV in its ten years journey under the visionary leadership of Dr. A Sivathanu Pillai CEO & MD of BrahMos Aerospace right from 1998. Dr. Pillai is also the Chief Controller R&D DRDO.

BrahMos Aeropsace has attained a very important place in the strategic relationship between India and Russia. This is visible from the importance given to this project by leaders of both the countries. Vladimir Putin as the President of Russia during his visit to India in 2004 has inaugurated the Headquarters of BrahMos in New Delhi. Visit of Russian defence minister to BrahMos in September 2008 and announcement of a futuristic plan for BrahMos-II jointly by Defence Ministers of India and Russia shows the level of confidence the t o governments have in this project. Honourable Prime Minister of India Shri Manmohan Singh and the Defence Minister Shri A K Antony have also visited the BrahMos complex to address the scientific and industrial community involved in this project and monitor the progress made by the JV. The Weapon System is already in service with the Indian Navy and Army. Two ships of the Indian Navy are fully equipped with BRAHMOS with work going on other ships at a fast pace. The 15A class of ships being built in Mazagon dock will have 16 BRAHMOS and the three follow on ships of Talwar class being built in Russia will have eight BRAHMOS each.

The company in December 2008 carried out a vertical launch from a moving ship successfully demonstrating the vertical launch capabilities of the missile from Ship for the first time, this configuration enhances the stealth capabilities of the ship as the missiles are under deck and not exposed. The same also ensures manoeuvring in any direction after launch independent of ships movement. Reportedly the Vertical launcher used was also designed and developed by BrahMos Aerospace and is a new generation system ensuring least loads on the launch platform.

BrahMos weapon system is a formidable precise attack system. A number of countries have shown great interest in procurement of this weapon complex and a list of countries has been jointly agreed between India and Russia where the missile can be sold.

"We are confident that the BRAHMOS Missile is the most sophisticated and powerful cruise missile in the World today. It has no rivals at the international arms market. Thus, we are going to use it to gain many benefits for India and Russia, "says Dr. A S Pillai CEO & MD, BrahMos.
With full support from the two governments of India and Russia specifically from the Ministries of Defence the JV will definitely rise to greater heights as a shining example of cooperation between two friendly countries in its true sense.

The article was taken from print edition of 'Business Standard.'