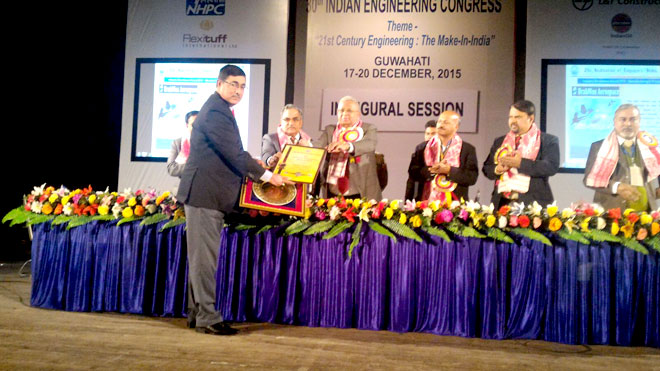 NEW DELHI: BrahMos Aerospace has been conferred with the IEI Industry Excellence Award 2015 for its remarkable role and contribution in the field of Manufacturing and Processing in India.

BrahMos JV, a role-model for other defence cooperation, has redefined the business of selling military products from a purely buyer-seller relationship to joint research, design, development, production and marketing of state of the art military systems.

The 30th Indian Engineering Congress of The Institution of Engineers (India) on the theme "21st Century Engineering - The Make in India Pathway" was hosted by the Assam State Centre.