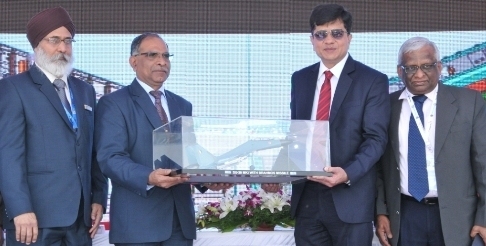 Speaking at the ceremony, Sudhir Mishra congratulated HAL for completing the task in a very challenging way and also thanked Indian Air Force for having immense faith and trust on BrahMos Aerospace for undertaking and carrying forward the integration of the supersonic cruise missile on Su-30MKI fighter aircraft.

"On behalf of BrahMos, I sincerely thank HAL, IAF officers, related agencies, scientists for achieving this engineering feat of modifying a proven aircraft in order to meet the users' specifications," the CEO & MD said.

"I am confident that HAL will carry out the modifications of the second Sukhoi aircraft also in similar record time," he added.

HAL Chairman T. Suvarna Raju in a statement outlined, "Su-30MKI has become a very lethal weapon delivery platform with the successful integration of BRAHMOS supersonic cruise missile. HAL has done BRAHMOS integration with all the analysis being done by HAL's internal design team. HAL has provided a cost effective indigenous solution to BrahMos Aerospace and this aircraft is being handed over today to IAF through BAPL for carrying out live firing."