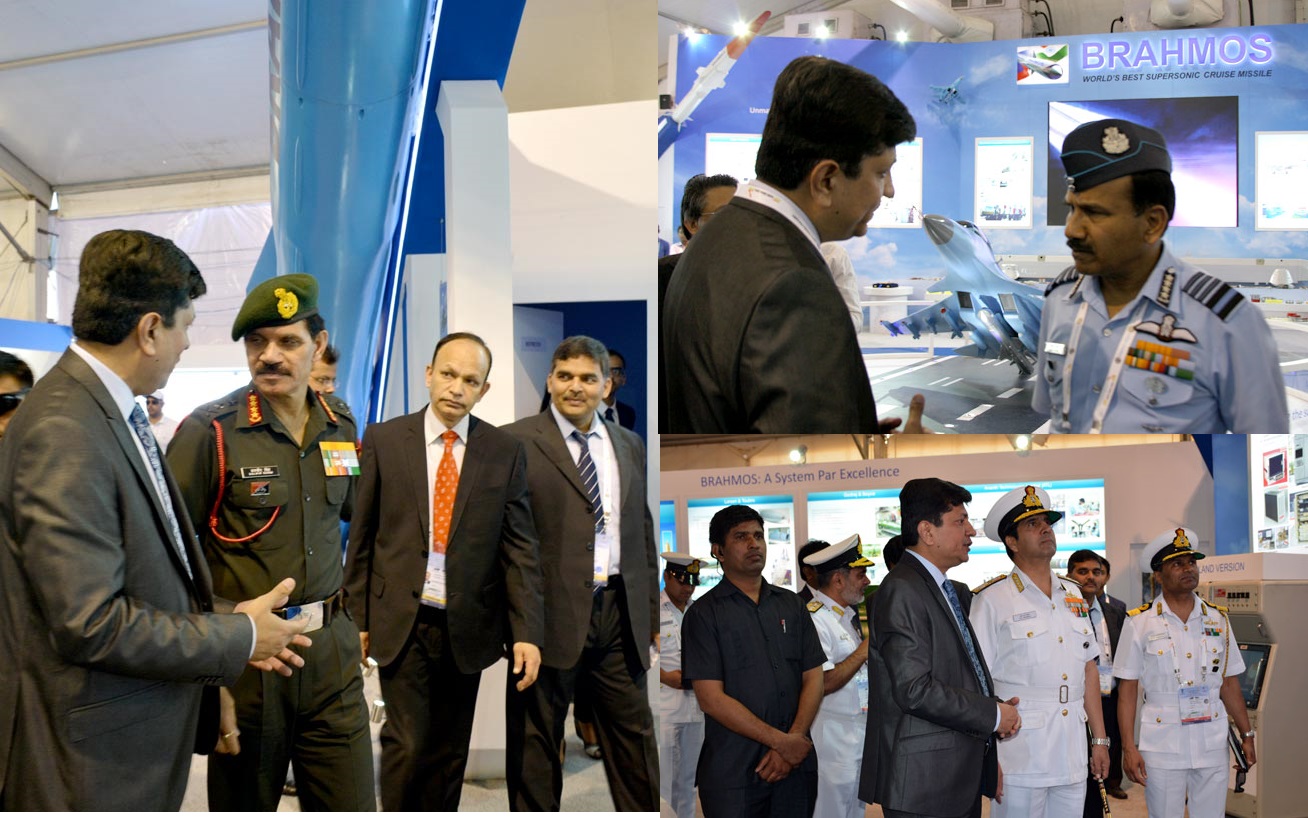 Shri Sudhir Mishra, CEO and MD, BrahMos Aerospace, briefed the IAF Chief, the Army Chief and the Navy Chief respectively about the BRAHMOS weapon system and the milestone achievements made by the India-Russia Joint Venture programme.

BrahMos Aerospace is exhibiting BRAHMOS air-launched version besides the land-attack and anti-ship variants of the world-class supersonic cruise missile system at the international aero show.

The mobile land-based configuration of BRAHMOS has achieved several advancements over the years in the form of Block I, Block II and Block III variants with each having its own distinct potentiality to hit and destroy enemy target.

Similarly, the naval version of BRAHMOS has witnessed successive successful test firings from Indian Navy warships, the most recent being the one fired from the Navy's newest stealth destroyer INS Kolkata on Feb. 14, 2015.

While the land and naval variants of BRAHMOS have been inducted in the Army and Navy, the air-launched version of the formidable missile is being readied for flight trial from the IAF's Su-30 strike fighter this year.

Successful launches of the missile from various platforms are also being showcased in a video display at the air show.

Other major futuristic technological advancements the company is highlighting during the aero show are the BRAHMOS-NG missile and BRAHMOS II - the advanced hypersonic version of BRAHMOS.