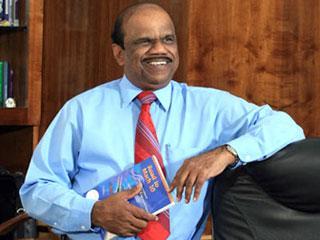 CHENNAI (PTI): India plans to develop a smaller missile with advance technologies under Vision 2050 Programme, a top official of BrahMos Aerospace has said.

"We have got three major programmes (under Vision 2050). One major programme is to develop a smaller missile which has same characteristics of larger missile", BrahMos Aerospace CEO and Managing Director A Sivathanu Pillai said.

The proposed missile with advance technology would be smaller in size and low weight but have "better capability," he told reporters here on Friday on the sidelines of fifth edition of Tamil Nadu Manufacturing Summit, organised by the CII.

"These are the new concept which we are doing. We (India) will be the first in the world to create such a wonderful mission (Vision 2050)," he said.

"Third important project, which we wanted to do, is integrating the technologies with space. Today space has become a very important arena for working. You cannot forget about space. So, we are going to have integrated weapon satellite ground communication and different deployment scenarios into one", he said.

Elaborating he said the concept was "with minimum power, we can make maximum damage to enemy. That is the new concept which we are working on".

Noting that India's spending on research and development was "less" compared to any other country, he said, "it is not difficult thing to invest. What we have to do is, we have to get high technology".

He said India has potential to do business about USD 100 billion at the global level. Indian cruise missiles were ranked number one compared to the United States' -- Tomahawk missile, he said.