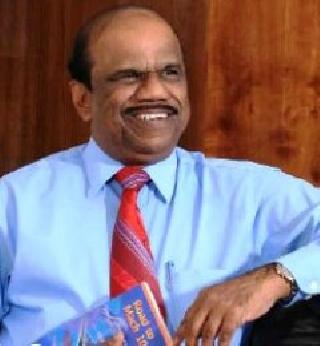 Congratulating the employees of BrahMos, Dr. Pillai said, "I am aware of the fact that this honour belongs to all members of BrahMos team whose selfless and dedicated work has been respected for the extraordinary achievement, which we could demonstrate to the Nation. BRAHMOS is the pride of India and is a well accepted Weapon System by all the three wings of the Indian Armed Force."

"I am truly proud of you, my dear colleagues," he said.

Under the leadership of Dr. Pillai, the Indian Russian Joint Venture Company BrahMos Aerospace, formed by the amalgamation of Defence Research and Development Organisation (DRDO) and Russia's Mashinostroyenia Company, has taken phenomenal steps since it was first established in 1998.

Today, the success of BRAHMOS JV between India and Russia has set the brightest example for the defence industry to build strong partnerships and work jointly towards realising the larger goal of producing sophisticated and highly advanced military systems.

DRDO Chief Vijay Kumar Saraswat, who is also the Scientific Adviser to the Defence Minister, was also conferred the Padma Bhushan and DRDO Chief Controller R&D (Missiles and Strategic Systems) Avinash Chander, was honoured with the Padma Shri on the occassion.