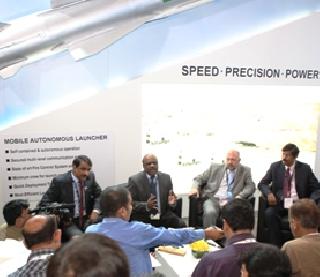 "We have achieved the capability to attack aircraft carriers using the supersonic vertical diving variant of the missile and after demonstrating the capability recently with high precision, we will now offer this to the Indian Navy," BrahMos chief A Sivathanu Pillai said here Saturday.

He was asked to comment on the recent two successful test firings of the missile.

Pillai said the test firing for the steep dive variant was done for the Army and after its success, the path is clear for the induction of the fourth regiment of the missile for mountain warfare.

The army has plans of deploying this missile regiment in the Northeast along the borders with China and the proposal was accorded sanction in a Defence Acquisition Council (DAC) meeting last year.

The development comes in the backdrop of China's first aircraft carrier undergoing scientific testing and training exercises ahead of its commissioning in August.

The BrahMos chief said the tests were also to evaluate certain new systems of the missile, which are produced by the Indian industries so that bulk production clearance can be given for integration.

"This will facilitate faster induction in the Indian armed forces," he said.

Pillai said with the Indian forces planning to induct a number of new aircraft such as the 126 multirole combat fighter jets and the MiG 29K naval fighters, BrahMos was considering developing a smaller version of the BRAHMOS missile for them.

At present, the company is developing an air-launched version of the Su-30MKI, which falls in the heavy weight category among fighter jets.

Pillai also unveiled the yearbook 'Brahmand World Defence Update 2012' while interacting with mediapersons during a press conference at Defexpo India 2012.