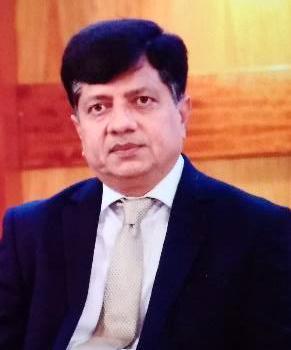 Dr. Mishra is a Graduate of Government Engineering College, Jabalpur, M.Tech. in Mechanical Engineering from Indian Institute of Technology Madras and Ph.D. from National Institute of Technology, Warangal. He has 36 years of R&D experience in the area of missiles technology, production technology, technology management and defence diplomacy and has contributed immensely in India's quest to achieve excellence in Missile technologies by developing several breakthrough technologies. His technical expertise and contribution has resulted in the realisation of several DRDO Missile Programmes.

As CEO&MD, BrahMos Aerospace, his "Mind to Market" approach has led to design, development, production and product support encompassing complete Product Life Cycle of BrahMos Weapon System. Under his leadership, "Team BrahMos" achieved newer capabilities and versions for Land to Land, Sea to Land and Air to Sea/Land applications. He spearheaded the BrahMos-Air Version programme leading to successful flight test of BrahMos from Sukhoi-30 MKI fighter aircraft against Sea and land target. Realisation of BrahMos-A is an historic achievement for India becoming first country in the world to have such unique capability. Under his able guidance, for the first time the weapon of this calibre has been deployed in all the three Services.

Dr. Mishra's zeal and vision to achieve export orders for Indian defence weapon and equipment have delivered outstanding successes. His defence diplomatic skills have resulted in the culmination of several defence R&D projects with friendly countries within the framework of foreign policy and defence cooperation. He has visited several countries to enhance bilateral cooperation in the field of defence technologies.

As Chairman, BATL Thiruvananthapuram, he is credited with turning around the Company from perennial loss making to profit earning by innovative management techniques.

He is member of Board of Management of Govind Guru Tribal University, Banswara Rajasthan nominated by Hon'ble Governor of Rajasthan & Chancellor and Member in the Advisory Board of many Academic Institutions and Society. He has published several scientific papers and has delivered numerous lectures in National and International Seminars & Conferences.